Discretionary leave to remain in the UK

Discretionary leave to remain the UK

Discretionary leave to remain in the UK is when the Home Office decides outside the immigration rules whether or not a person and/or their family should get permission to stay in the UK, even though there is or has been no compliance with the immigration rules. So there will be an element of compassion exercised by the Home Office in deciding whether or not to allow a person permission to remain in the UK. In most instances, there have to be exceptional, compassionate circumstances for the Home Office to exercise such discretion favourably.

Before the new immigration rules came into UK law on 9th July 2012, those granted discretionary leave to remain got it for three years. Before that date, a further application was made (in paper format ) on form FLR(O) for further leave in the same capacity, provided of course the same reason(s) for staying on in the UK prevailed at the time of the extension application. After six years in this category, an application can then be made for indefinite leave to remain also referred to as permanent residency or settlement. 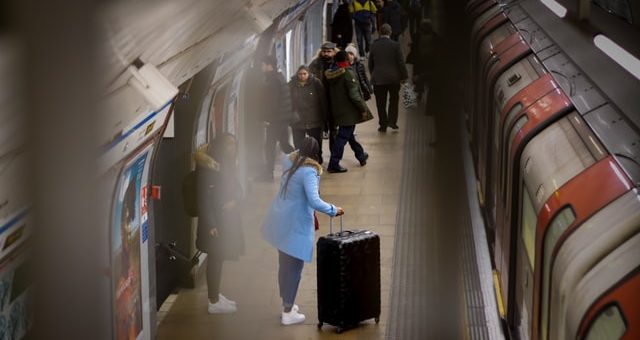 After 9th July 2012, the rules changed, and now discretionary leave to remain can be granted for 30 months. Once granted it can then be renewed for a further 30 months each time until ten-years are reached. You can then only make an application for permanent residency after ten-years.

Discretionary leave to remain for children – How does it work in the UK?

Furthermore, under the immigration rules, if a child is a British citizen born in the UK or has lived here for at least a period of seven years, and the applicant is a single parent with no status in the UK, the issue may arise as to whether in all the circumstances of the case in the round, and holistically, it would be ‘reasonable ‘for the child to leave the UK with their parent.

Discretionary leave to remain UK – Is it more restrictive now than before?

It would appear that such freedom exercised by the Home Office to decide a case favourably outside the immigration rules, is more restrictive now than before since the Human Rights Act 1998 has now been incorporated within the rules. So there are now provisions in the rules as to what the Home Office is prepared to consider if an applicant does not come squarely within the rules. As a result since most applications under the rules lead to permanent residence after a five year period in a particular category if the applicant meets all the rules, the application forms ( now applications are all made online), ask the applicant if they are applying under the five or ten-year routes. The ten-year routes are for those who don’t come squarely within the rules. Still, there are other reasons which the Home Office considers should be taken into account in nevertheless granting that individual and or their family permission to remain under the ten-year route. It is only after this time that an application for indefinite leave to remain can be made.

Many clients ask us about discretionary leave to remain article 8 and how this legal mechanism is used. Appendix FM of the UK immigration rules, incorporate, for the most part, Article 8 of the European Convention of Human Rights 1950 (now part of the Human Rights Act 1998). Article 8 of the European Convention on Human Rights states that a person’s rights such as their “private and family life, his/her home and his/her correspondence”, must be respected within the eye of the law and are values that are very much necessary in a democratic society.

Appendix EX1 also deals with circumstances which the Home Office will take into account if appendix FM rules are not fully complied with, and within appendix EX1 there are references as to whether or not a particular scenario or set of circumstances is considered ‘reasonable’ or not. It is the Home Office who decides on the issue of ‘reasonableness’ having regard of course to various decided cases in that regard.

If returning the foreign national to their country of origin will result on medical grounds in inhuman and or degrading treatment contrary to article 3 of the Human Rights Act 1998, that may be a reason to grant such compassionate permission to stay.

In the past, those who have suffered from HIV/AIDS, and who have managed to show on a very high threshold standard that returning them back to their country will result in their immediate death because of lack of medical facilities and or social care in their country, have managed to gain the compassion of the Home Office in granting them permission to remain in the UK.

In the matter of D v UK [1997] 25 EHRR 423, the European Court of Human Rights in Strasbourg, ruled that expelling D to St Kitt’s would breach his article 3 human rights against torture and inhuman and degrading treatment. In D’s case, there were very little medical facilities at that time to deal with treatment in St Kitts.

However, it has been more difficult for foreign nationals to stay in the UK based on Home Office discretion on the bases of D, as the government is now bound by a more stringent test as a result of the House of Lord’s case of N v UK[2008] 47 EHRR 39. Basically, in order for the foreign national to successfully pull at the heart of the government, that person needs to prove to the higher standard that he/she or they are on their death bed, and would not receive a dignified death if returned home to their country. This case is otherwise known as the ‘ death bed case’.

There was some hope however of watering down the stringent requirement of N, when the European Court of Human Rights in the matter of Paposhvili v Belgium 2016, held that article 3 was engaged where the person’s death was not imminent but where removal would cause a significant deterioration in their condition.

The above conflict between the above slightly broader test and the harsher death bed case could be resolved by the Supreme Court appeal of AM ( Zimbabwe) which was heard in December 2019. We await the result.

This is another reason why the Home Office might grant discretionary leave to remain.

There may be a scenario where the applicant argues they have been in the UK continuously for ten-years, but there are numerous gaps in the residency, and the question may arise as to what weight the Home Office should place on those absences. Moreover, there may be a case where the applicant has not passed the English language test but otherwise is fully compliant with the spouse visa rules, or there may be a scenario whereby an applicant has been in the UK for less than 20 years ( unlawfully), but has no living relatives or any ties with their country of origin, and argues that there are exceptional, compassionate circumstances in their case and any removal would result in insurmountable obstacles in the country of return. Whether it will or not are matters for the Home Office. So in these scenarios, the Home Office exercises a form of discretion in the decisions that it arrives at.

Discretion can also be exercised where health is an issue, for example, if the applicant is seriously ill and maybe dying, but the argument is that if returned they will die an undignified death as there are no facilities in the country of return for the applicant to die with dignity with the medicines available to achieve that end. Or the Home Office may have to decide if the return of the person may result in a rapid deterioration of their health to the extent that it will bring about their early death.

When a deportation order has been made against a foreign criminal, the Home Office will have the task of considering whether the human rights reasons given by the applicant not to be deported based on say family or private life, are so compelling as to warrant the person to be granted leave to remain despite their notorious past.

Discretion thus plays a crucial role in the immigration decision-making process. If the Home Office get it wrong, then their decisions are reviewable on appeal to the first tier tribunal, immigration and asylum chamber, where a judge may also have to exercise a similar discretion in deciding the appeal.

Our firm was founded by immigration judges. We are renowned for our work, particularly on Immigration and Human Rights law and have very high client succes rates.

Immigration Appeals for clients in the last 3 years alone.

Over 50 compliments from judges in the last 3 years alone.

Please click on a specific service below to find out more.

Please click on a specific service below to find out more.

If you need top legal advice and first-class representation on your case, please get in touch.

Get a Consultation Right Now